Up and down and all around.

Ruby meets every challenge with words and courage now.  She’s yelling, she’s angry, she’s very sad to not be home and to not be with her cat Precious.  At least now I am part of that for her.  Before the last couple of days words were not something she could find or express.  She’s got her sassy back.  We’re off the crazy red itchy antibiotic now and a really wonderful doctor gave us probably until January 6th before the next cycle.  Her counts are still in the tank but her spirit is out.  She now has more power and control with those words. Last night I reached out to comfort her and she said “don’t touch me!  I’ve been touched by doctors and nurses all the time and I can’t even tell them no.”  I said, “no problems Ruby, you can tell me No.  I have no problem with that at all. I will hug your spirit instead.”

It’s the day before Christmas, the eve is approaching.  Ruby was very upset to not have had a chance to go out and buy presents for all her friends and family in the middle of the night.  At 5am after another health and dignity challenge, she couldn’t bring herself to go back to bed. Something was weighing on her mind. Until she’d made a card thanking Santa for giving all the sick kids in here good feelings in their hearts, she’d be awake.  So that’s what we did.

Today she opened Mark Fletcher’s present, the beautiful horse.  She said it smelled like wood smoke, smelled like home.  That brought on “why can’t we go home!!” tears and conversation. Then she said she wished for a horse.  Ya, well ..hmm….on the list I suppose for possible wishes.  I just don’t know where to keep it in the Hospital.  Maybe on the lawn.  There’s enough grass that’s for sure.  This horse is her new best friend.  We’ll stick with the room sized version for now.

I’m not very coherent today. I’ve had maybe 6 hours of sleep the last few nights….all put together.  Ruby told me I have to go to bed EARLY tonight so Santa can come.  I’m taking her up on her suggestion.  The resilience I see in Ruby is when she can be so so very low and sad and can come back with such vim and vinegar.  She’s a spitfire.  I just have to keep her feeling free to be that.  Freedom in striped hospital shirts.

A couple pics of what she misses 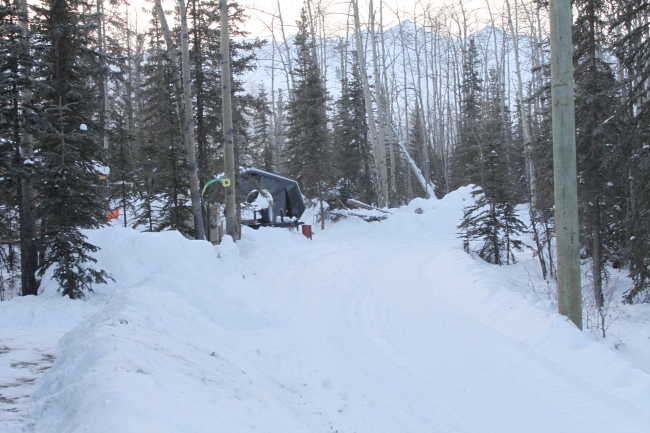